Getting to Akakura Onsen

Tokyo to Myoko Kogen: Coming by train from Narita Airport

Make your way from Narita Airport to either Ueno or Tokyo Stations. Use this very useful link to find train timetables and fares to Myoko-Kogen.

Once in Tokyo/Ueno, get on a Hokuriku or Nagano Shinkansen headed for Nagano or Kanazawa.

Tokyo to Myoko Kogen: Coming by train from Haneda Airport

Make your way from Haneda Airport to Tokyo Station via one of the following options:

From there transfer to the JR Yamanote or JR Keihin-Tohoku Line to Tokyo Station.

Getting to Myoko Kogen: Coming via Nagano Station

This is the most popular way of getting to Myoko from Tokyo. The journey will usually take 3-4 hours depending on transfer times in Tokyo and Nagano. In Nagano exit via the shinkansen transfer gate (see below) and change trains to the local Kita Shinano line bound for Myoko-Kogen station, the last stop. 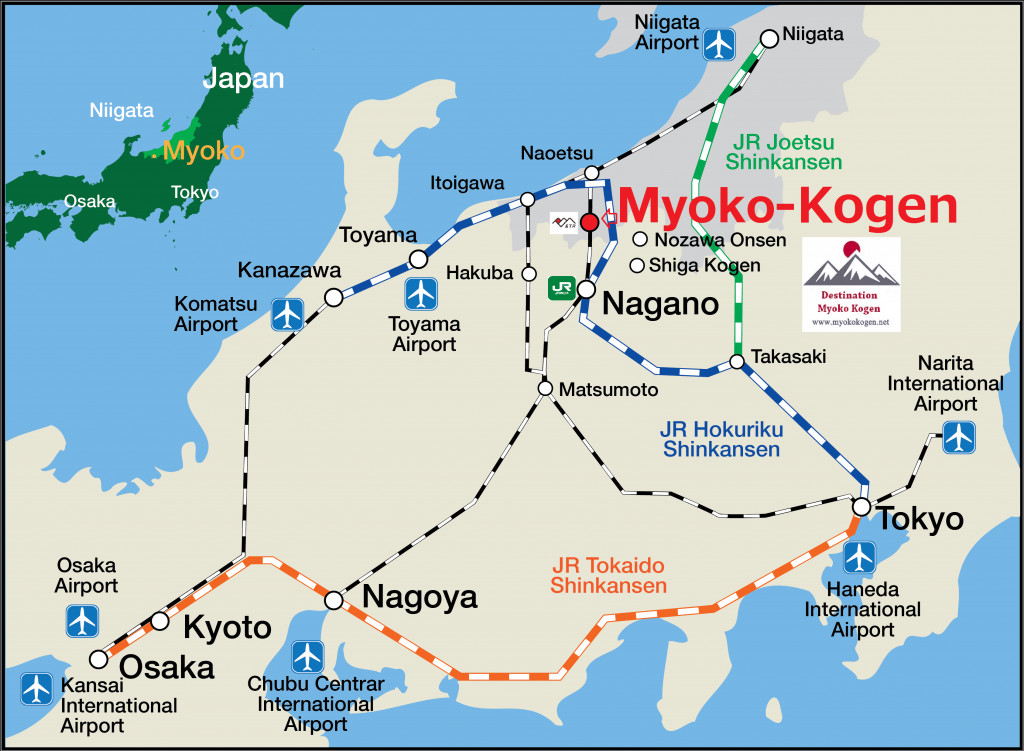 Getting to Myoko Kogen: Coming via JoetsuMyoko Station

The winter bus stop in Akakura Onsen is located just near the Post Office and Tourism Office. Download the 2017/18 timetable here. , you can catch a local train to Myoko-Kogen Station from there. 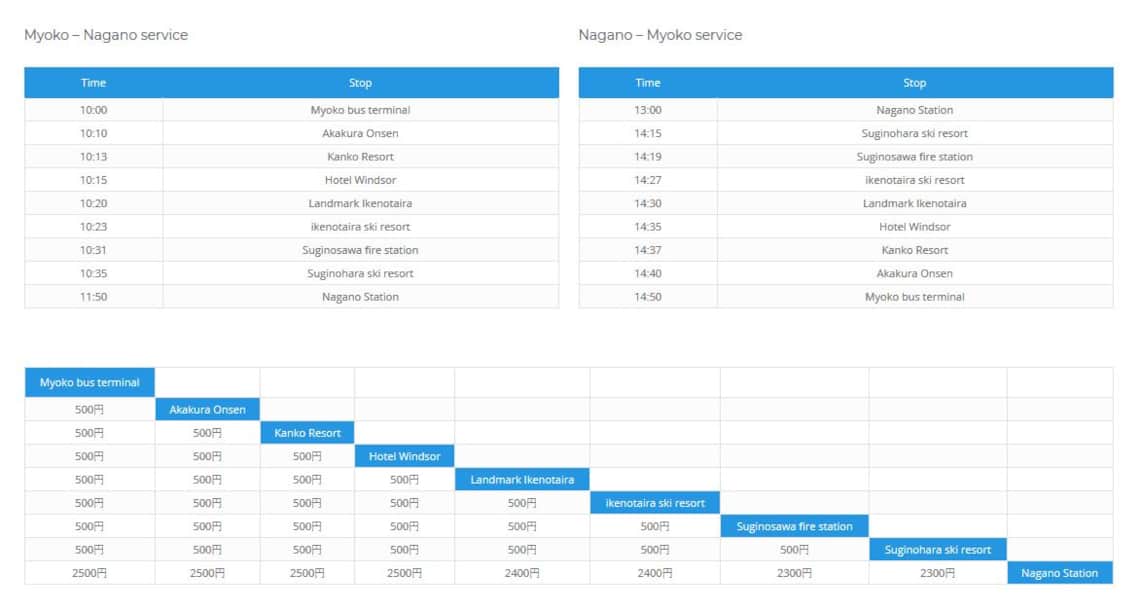 Don’t want the hassle of carrying bags, herding children and changing trains? Let us organise a taxi transfer for getting to Myoko Kogen. The cost is approximately 17,900 each one way, per adult from the airport to your hotel door. For medium-large , we can help organise a direct private transfer from the airport to Myoko at cost. This journey will usually take 4-5 hours depending on traffic and weather conditions. Contact us for more details.

Tokyo to Myoko Kogen: Via Nagano bus from Narita Airport

There is an overnight bus from Nagano to/from Narita Airport (via Matsumoto, Ueno and Tokyo Disneyland). The cost is 6,900. From Nagano catch the train to Myoko-Kogen Station (see above). This service is especially useful if arriving late or leaving early. See the Alpico Bus website for full details.

Once you are at Myoko-Kogen Station follow the instructions here.

Loading...
Upps!
You're running a web browser we don't fully support. Please upgrade it for a better experience.
Our site works best with Google Chrome.
How to upgrade the browser